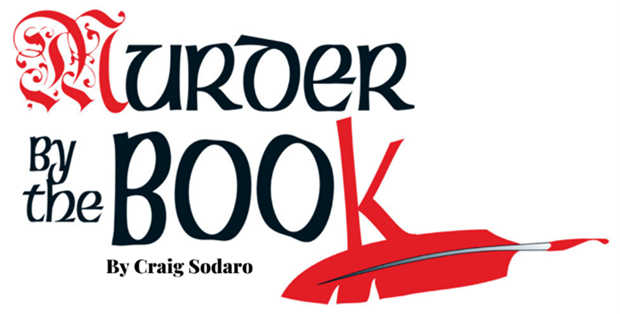 Murder by the Book

Murder by the Book

What happens when some of the world’s greatest writers get together? Murder, that’s what! The Raven Society is holding its annual meeting to select the best mystery book of the year to win the coveted Smoking Gun Award. Because of the prestige of the prize, the membership in this sacred club is secret, even amongst themselves. Each member attends the three day meeting, cut off from the rest of the world at the Dickens House, disguised as a famous author. This year, Edgar Allan Poe introduces a dashing upstart, William Shakespeare, as a new member to replace the recently departed Jules Verne. Spouting poetry, Will instantly captures the hearts of Mary Shelley, Charlotte Bronte, and Louisa Mae Alcott. But romance is interrupted when Poe reads a nasty bit of correspondence announcing that each member of the society will die. Only mystery maven Agatha Christie takes the message seriously, but, alas, it’s too late. Emily Dickinson is the first to die, quickly followed by Sir Arthur Conan Doyle. Terror stalks the meeting as even the indomitable Mark Twain disappears. Only one thing is for sure — one of the famous authors is trying to kill the competition!

Online ticket sales have ended. You can still purchase tickets at the door: $12 for adults and $7 for children under 12