Cynthia thanks The Lord that He has chosen her to be the mother of three adorable and wonderful children: two sons and one daughter. Cynthia attended Seton Hall University and received a degree in Accounting. She worked for the City of Newark for 28 years.
After attending several camp meeting’s and Winter Bible Seminar’s, The Lord told her that “it is time for you to attend Rhema Bible Training Center now Rhema Bible College. August 1994, Cynthia and two of her children drove to Broken Arrow, Oklahoma. She attended Rhema Bible Training Center (now College). This was one of the best decisions she has made. This decision not only benefitted her, but her children.
In September 1998, Cynthia returned to Newark, New Jersey. The Lord lead her to move to Southern New Jersey. She is currently a member of Crossroads Worship Center. After working in a health center for many years, Cynthia retired. Later, she attended Camden County Community College where she obtained a degree in Early Childhood Education in 2010. September 2010, Cynthia began to work as an Assistant Teacher with the Sari Isdaner Early Childhood Center at the Katz JCC where she held that position for 5 years. Soon after, she retired again. The Lord then directed Cynthia to ACA. She first worked as a substitute teacher, and then later was hired as staff.
One of her greatest joys is being with her family and taking cruises with her friends. Her second joy is working with children. Cynthia likes to see their eyes light up when they learn something new. When a child tells her that they do not understand or can not do something, she tell them, “Yes, you can!” Encouraging young people is one of her passions.
Cynthia also likes to do crafts, read, traveling, take cruises and talking to her friends. She has embarked on a new adventure: researching and creating her family tree. Cynthia’s greatest love is researching, preparing sermons and teaching on Devine Healing. She likes teaching, talking to people and telling them that “God Still Heals Today.” She shares with people about the power of their tongue and how the words they speak are very important. 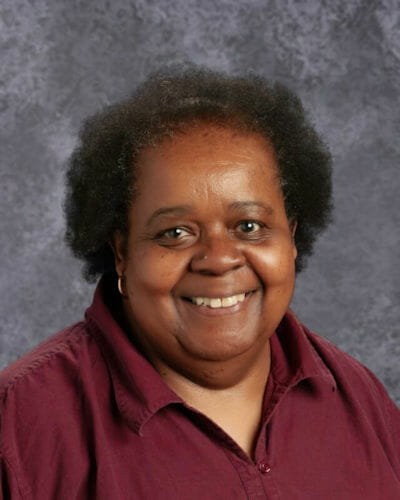